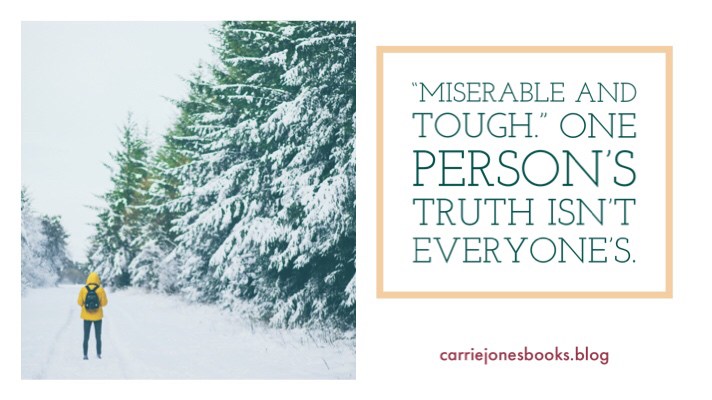 I’m staying at a campground in Maine and the people in the campsite next to me aren’t super talkative, but when they do talk, their voices are loud. So loud. The woman is from Chicago. The man is from Arksansas. They are young, married and living in this tent hooked up to a home-built sleeping trailer.

They are not into Maine.

I try not to hold that against them because you can’t really hold people accountable for their lack of taste, right? Although, the way the internet rages about pumpkin-spice-flavored anything, maybe you can?

For the record: I don’t like pumpkin spice, but I am totally cool with it if you do.

But yesterday the guy yelled, “Winters here are miserable and tough.”

He doesn’t know that because he’s never experienced it, obviously. I think there’s a lot of value in actually experiencing things for yourself. The chance to throw yourself into a situation, to adapt, to feel the weather, talk to the people, live the lifestyle, not in a disdainful way like this Southern camping guy, but in a real way where you share experiences? That’s cool.

I can imagine them going on to their next stop and saying, “Maine. The winters are miserable and tough there” like they’ve lived it.

They don’t know it. There are so many things we don’t know, that we don’t get to experience. So many truths that we only get to be the tiniest part of. There are secrets behind our perceptions and those secrets that hang out behind the stereotypes and facades? That’s where the magic happens over and over again.

That’s true when it comes to people, to politics, and even to places.

A horrible thing happened to a dog in our county this past week and people have been going wild with anger, pain, outrage. They’ve made threats. They talk about ‘island justice’ taking care of these two men for the alleged things that they did to their friend’s dog, kidnapping it, torturing it, killing it.

And suddenly all you see around here is everyone darker urges, the desire for retribution and justice, the need for an eye-for-an-eye. Some people that I love are posting things like that and I know me writing this is probably going to tweak them. And in this world where moods cascade into violence, that’s scary to me. I know it’s almost all talk, but that talk is coming from hearts. And the thing is? It’s honest and it’s real.

But the other thing is that what happened to that poor dog? It happens to women, to children, to men every day in this world. Every damn day. But it’s usually quiet. It’s usually insidious. Or we don’t notice. We don’t notice the pain.

We need to notice the pain.

But not only the pain. We need to notice the beauty too. We need to know that we can’t declare the winters in a state “miserable and tough” if we’ve never actually experienced them. We need to remember that our truths aren’t everyone’s and our reactions to the same incident or atrocity doesn’t have to always be the same. It can’t be. Because we aren’t all the same. There is strength in that and beauty there, too.

I’m going to be hanging out at the Augusta Civic Center (Maine) on Saturday, Sept. 8 as part of a Maine Literacy event. It’s open to the public and cool. It’s from 10-2.

I made a video about copy editing my next book, co-written with Steve Wedel. It’s called IN THE WOODS and its scary self arrives in 2019. BUT HERE IS THE GOOFY VIDEO!

Our podcast DOGS ARE SMARTER THAN PEOPLE is still chugging along. Thanks to all of you who keep listening to our weirdness. We’re sorry we laugh so much… sort of. 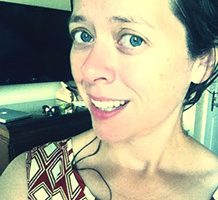 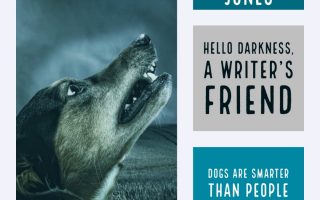 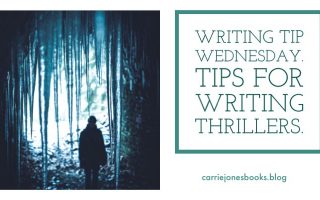 TIPS FOR MAKING A THRILLER