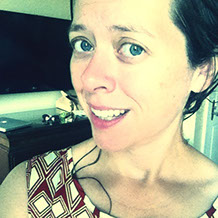 Carrie Jones is the The New York Times bestseller author of the Need series, Time Stoppers series, Flying series, Girl, Hero, Tips on Having a Gay (ex) Boyfriend, and Love (and other uses for duct tape). She is also the coauthor, with Steve Wedel, of After Obsession and Summer Howl. She also writes picture books about unconventional spies. Her books have been published all around the world, been bestsellers in France (thank you, France), and have received numerous awards.

Carrie lives in Bar Harbor, Maine and launched the Bar Harbor Kids Book Festival, and is active in Rotary International as the Public Image Coordinator for much of Canada and a lot of the United States. She’s also part of the Rotary Campaign against Human Trafficking.

She is a big fan of rescue animals and currently has three, Spartacus, Gabby, and Marsie.